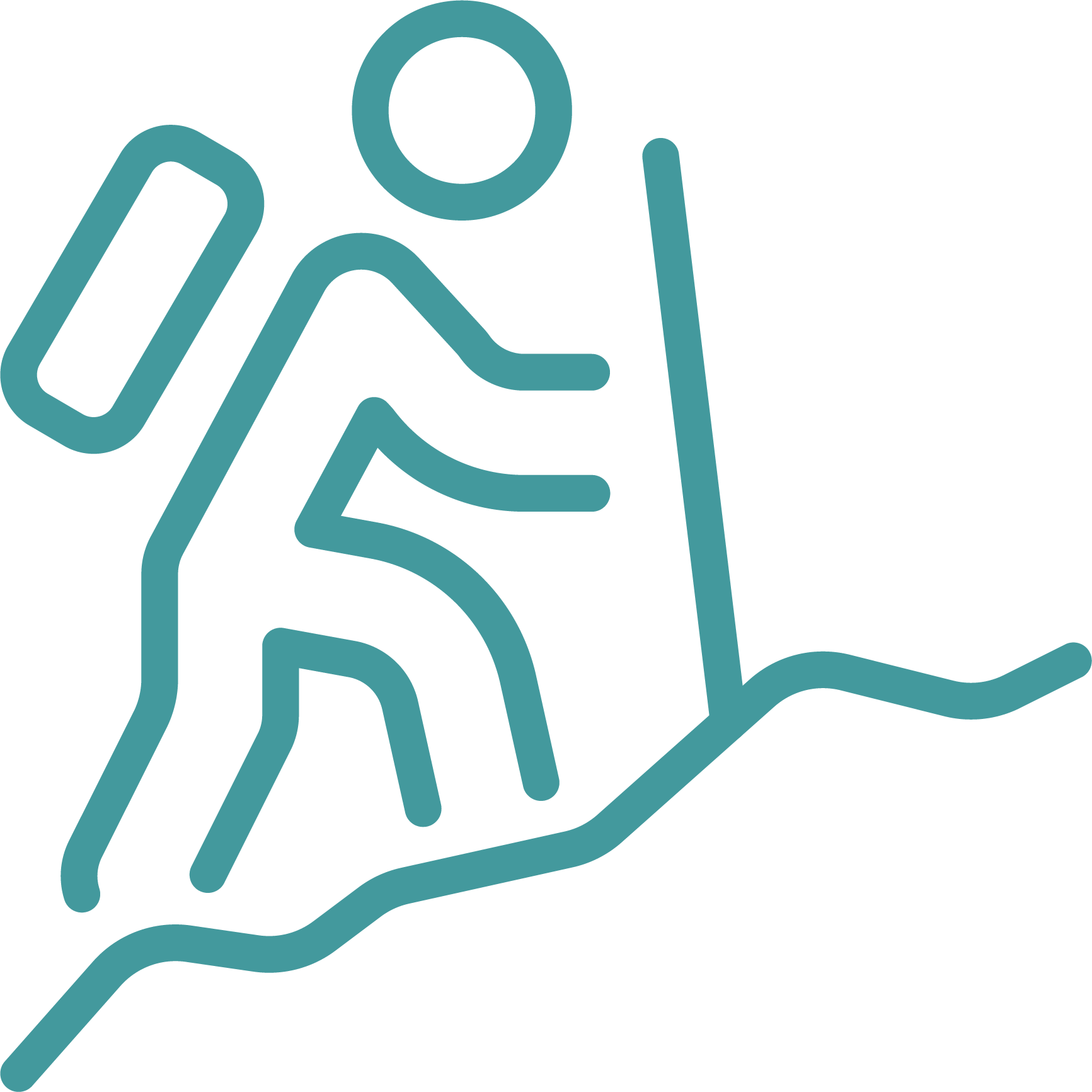 Up on the summits in Nordfjord. Set out on foot and explore the mountains at their best.
©Sverre Hjornevik

Tips to make it easier to choose 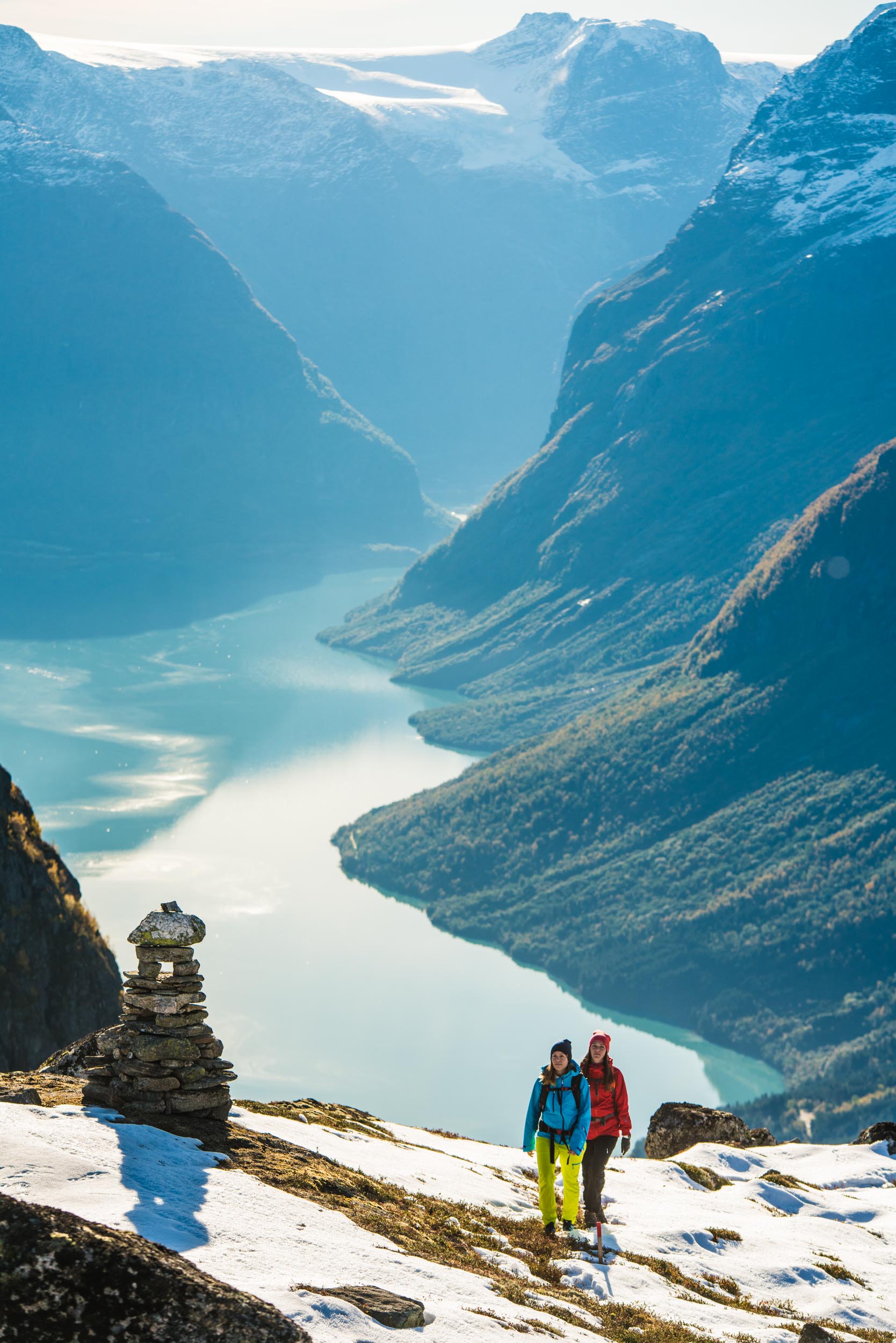 The people who live in Nordfjord have always headed to the mountains to escape the stress and hustle and bustle of daily life. And with good reason, as the mountains in Nordfjord are really exceptional. Breathing in fresh mountain air is the very definition of happiness for many Norwegians.

Nordfjord is made up of narrow valleys with waterfalls cascading down steep mountainsides and where mountains tower above lively green villages. The views are impeccable, across the green lakes, the deep fjord and the snow-capped mountains.

The mountains in Nordfjord tower up to heights of 2,000 metres, and there are innumerable summit tour options. Some of the area’s most spectacular mountains are found in and around Jostedalsbreen National Park. We highly recommend bringing a guide with you on a tour, because they know where to find the best snow, the best summits and ensure your safety. The weather and conditions can change quickly in this part of Norway. Keep an eye on avalanche hazards! Check out varsom.no and talk to people with experience of the mountains. 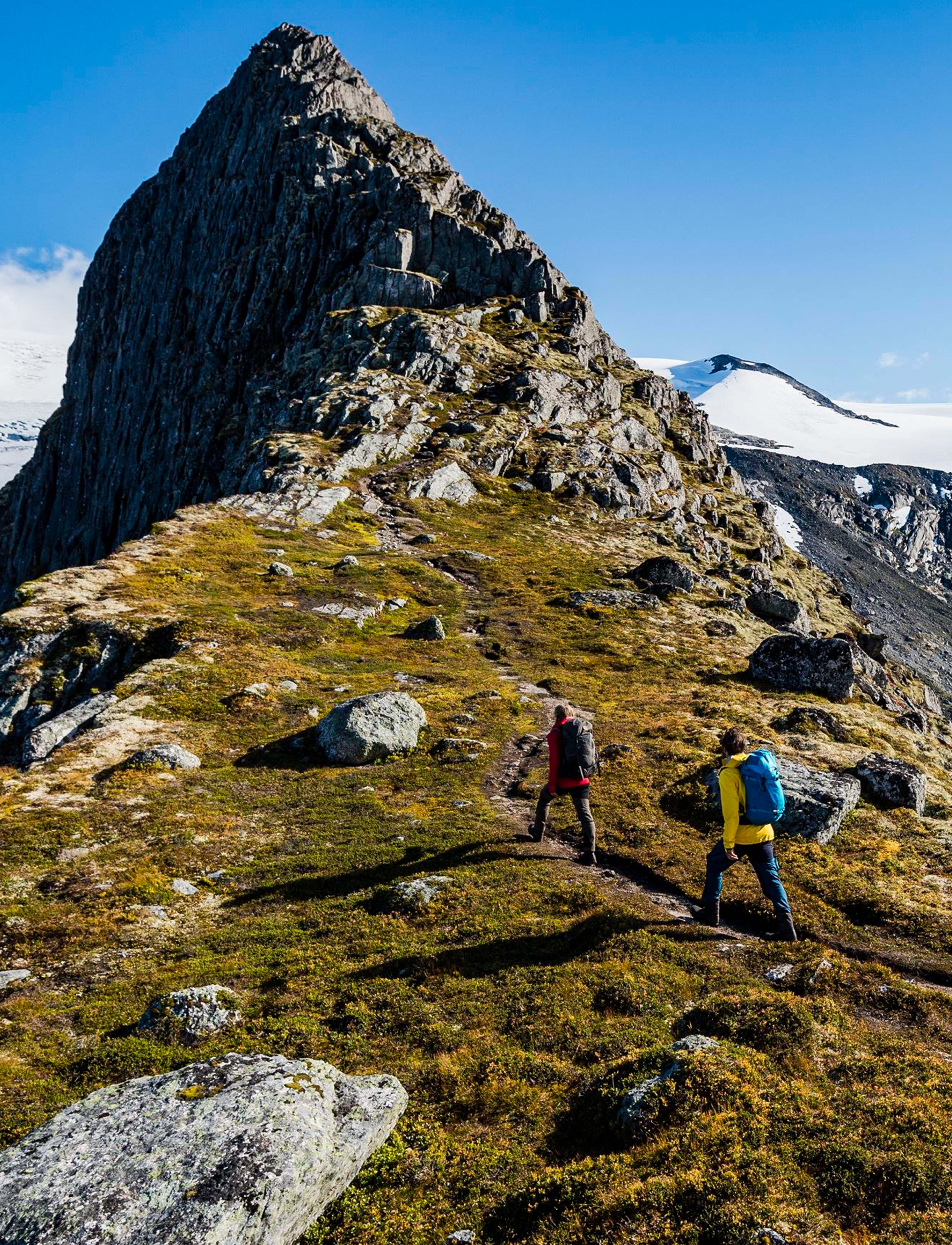 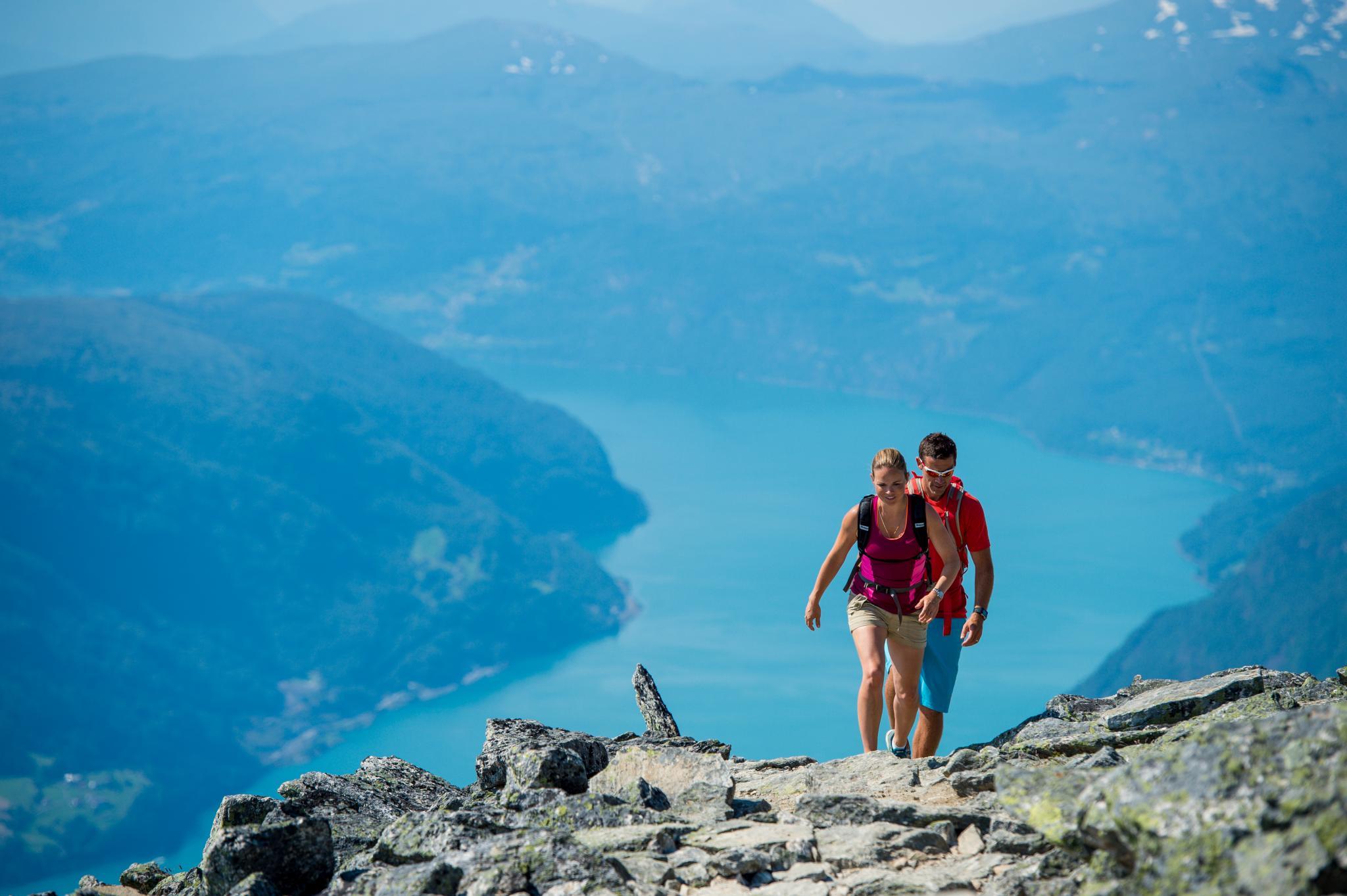 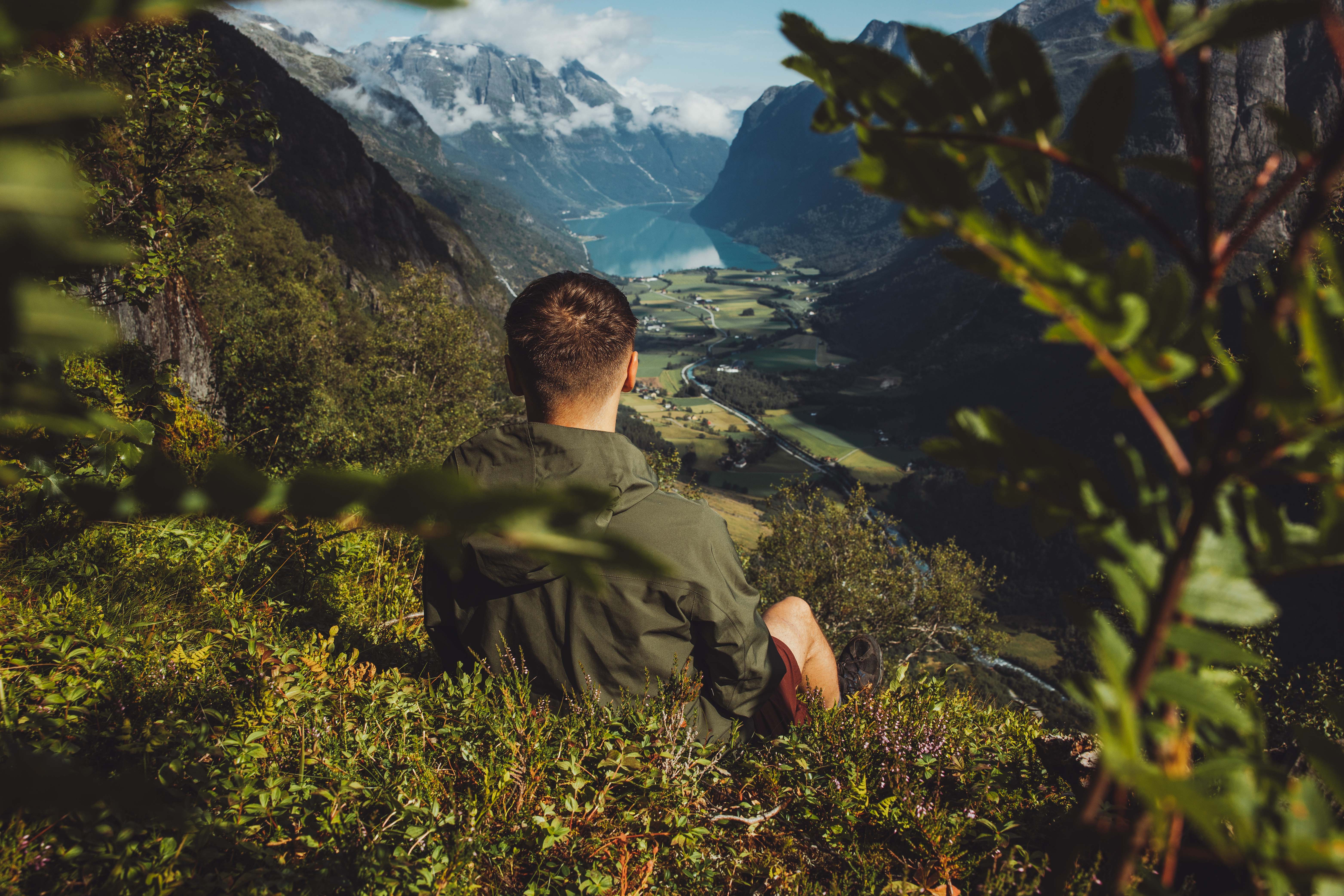 Walking in the Oldedalen valley

The Oldedalen valley is a real adventure for those who enjoy walking in magnificent surroundings. There are options for absolutely everyone. The valley is surrounded by high mountains, waterfalls and Jostedalsbreen National Park. The 12-km emerald green Oldevatnet lake is also situated in the valley. Visitors can enjoy water activities on the lake from dawn until dusk. Fantastic mountain hikes in magical Oldedalen include Kattanakkjen, Klovane, Flatsteinbu and Oldeskaret. Read more about Oldedalen – the most fantastic valley for walking and hiking in Norway.

The easiest way up a mountain in Norway

Take Loen Skylift to the summit and set out on a hike on the mountain plateau with a fresh pair of legs. Good signposted, waymarked paths make sure you can explore the mountains safely. End the hike with a meal at Hoven Restaurant, and maybe even get a chance to watch the sunset.

There are lots of walks to choose from in the mountains around Hoven, which vary both in length and degree of difficulty. The walks vary from simple gravel paths to paths in more undulating terrain. You can do them alone or go on guided walks. There are around 70 km of walking paths from Mount Hoven, and efforts are underway to improve and adapt several of them. The keywords are quality and sustainability. The paths are signposted and waymarked according to the international standard. From Loen Skylift, you can walk to the mountains Skredfjellet, Staurinibba and Aarheimsfjellet and to Rakssetra summer pasture farm.

The hiking season on Hoven is usually from May/June to October/November. This depends on when the snow melts and returns. Find walk descriptions. 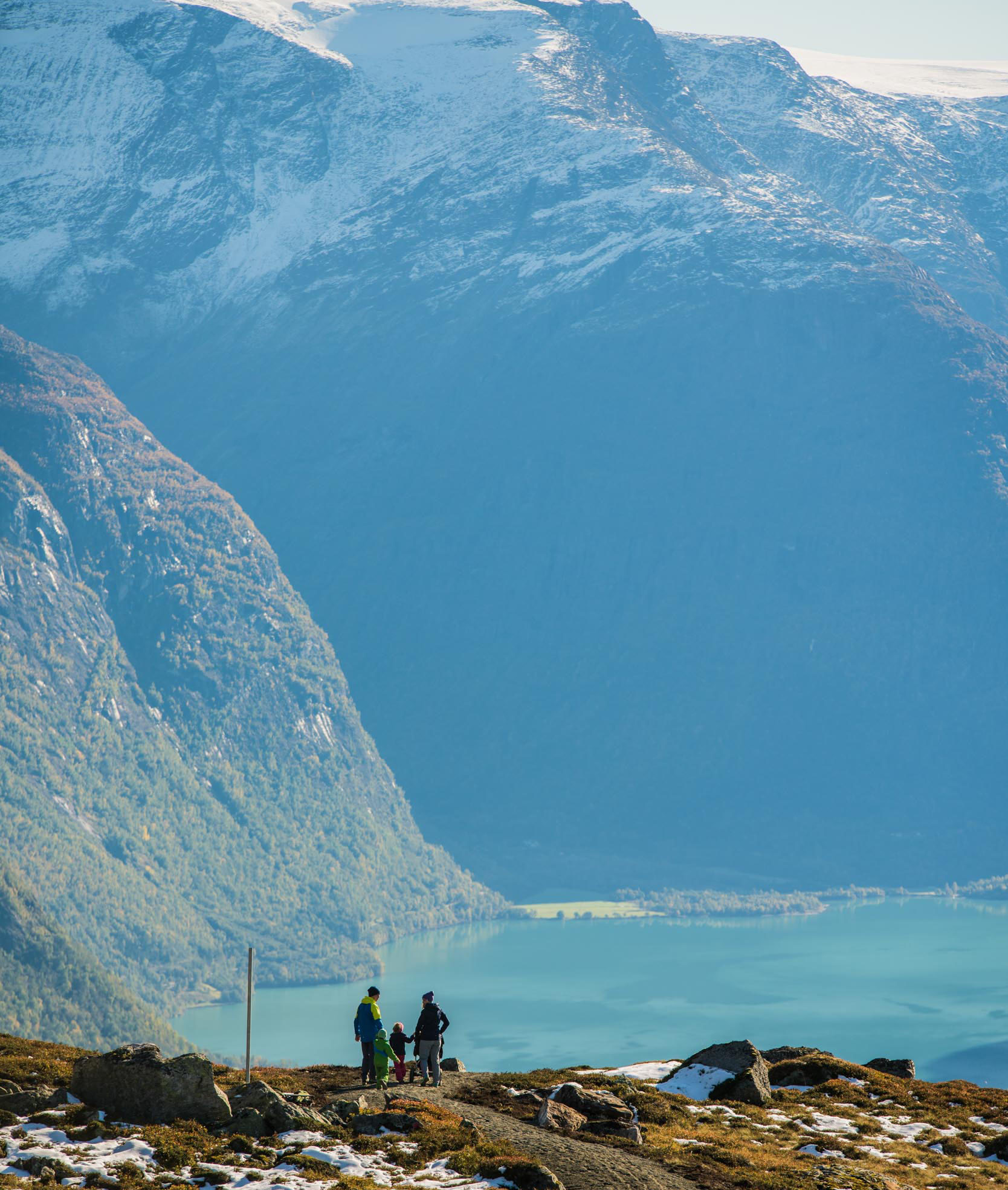 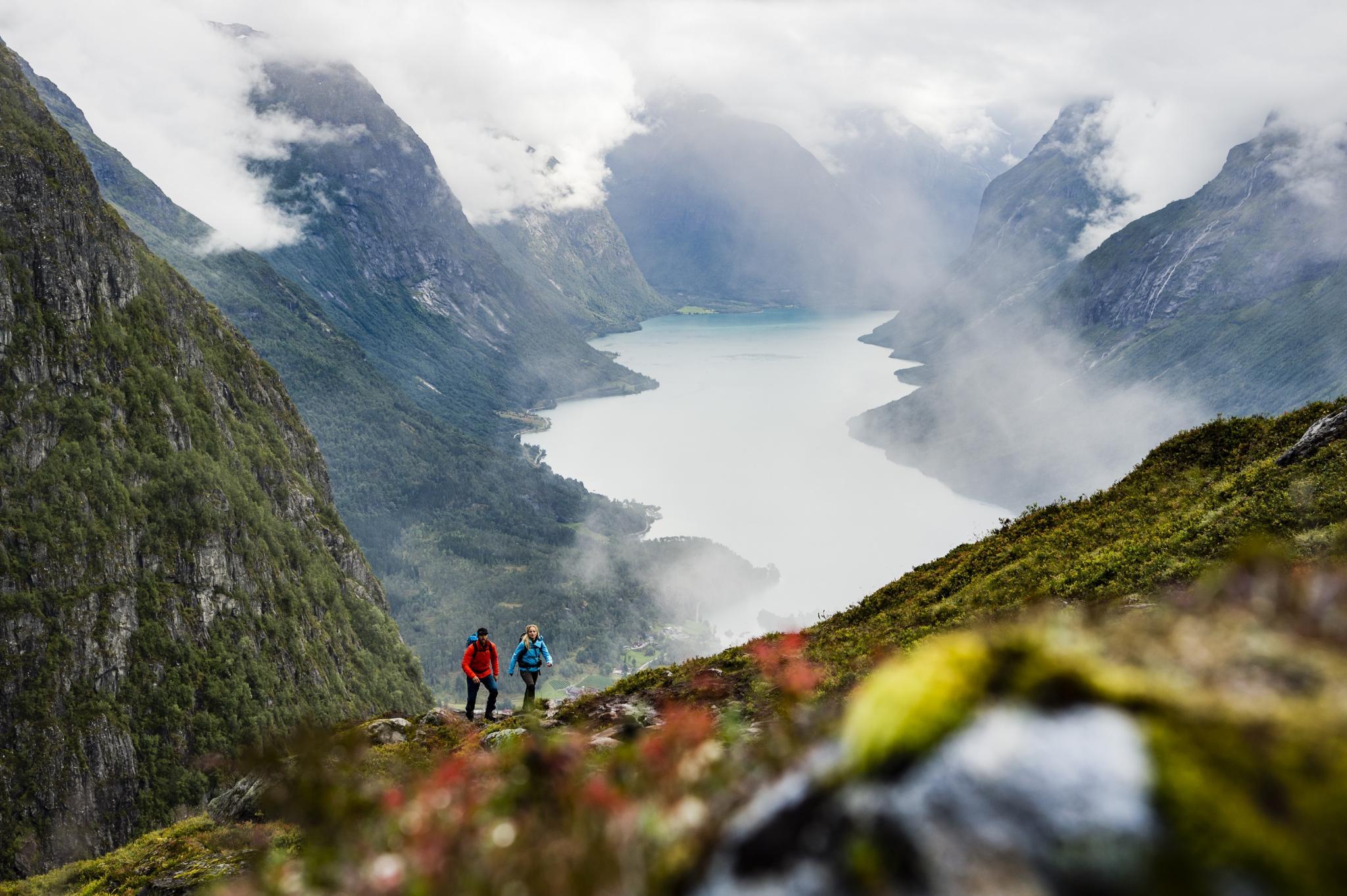