Guided tour to the rock carvings in Vingen

Vingen is one of the largest carving sites in the Nordic region and is a unique area in the Norwegian, Scandinavian and international context. The Vingen protected landscaping area was created in 1980...

For thousands of years, humans have attached images to rock surfaces. Thousands of years later, we wonder what these pictures tell us. Archaeologists are constantly working to see contexts and interpret small parts of the rock carvings. Dating and other archaeological material found in the vicinity of the carvings also provide information. The carvings in Vingen are cut everywhere where rocks rise in the day. Most carvings are of deers in various forms, but moose and reindeer are also depicted. There are also depicted several human figures, some equipped with female and male gender markings, but most of them are difficult to see. There are also various abstract and geometric designs such as zigzag lines, oval figures and mesh patterns. Another main motif is hook-shaped figures in different shapes and sizes.

Many deer carvings at Vingen link them to the period 9000-2000 BC. You can also look at the archaeological investigations. These are visible on the ground such as round or oval sacks with low rocks or loose masses. Some of the archaeological excavations have uncovered artefacts and charcoal dated to ancient Stone Age, specifically 5000-4000 BC.
In Skatestraumen, an hour's paddle tour to the northwest, there has been found and excavated a number of settlements from this period where people lived all year around. There are few discoverises at Vingen that can say anything about if there was people living there. Maybe it was the people who lived in Skatestraumen who scratched the pictures on rocks and rock surfaces at Vingen?

The oldest interpreters of the carvings are that they represent luck for hunting where a dreaded image will give you good luck when hunting. As late as the latter half of the 19th century, it was common to go hunting at Vingen. But it is probably not just one interpretation of the carvings that is right. You can also imagine that the imagery of the many deer animals may not only be a prayer for good hunting, but also a link in a ritual to maintain the balance in society.

Some features of the carvings at Vingen can be interpreted as traces of shamanic activity. A shaman can move between different cosmetic levels and has contact with the animal world. Vingen has undoubtedly been a holy place that was important to the coastal community during a period of the Stone Age. Perhaps, many different forms of religious and ritual practice have passed between the rock carvings.

As you can see in the Vingen field, some part of the carvings is painted. This has been done in recent times to make it easier to see. What is special about the carvings is that they can only be seen in a special light. This is some of the mystery of the carvings and maybe it was the point that they should only be visible from time to time?

The area is totally protected and only organized traffic is allowed. The experience of walking around and seeing where they sat and making all the figures, why they made them, and trying to understand the purpose of the carvings is unique. In collaboration with well-experienced guides, this is a trip you will hardly forget. Queen Sonja is one of those who made their love on the Wing, and visited the field both in 2014 and 2017.

Guided trip to Vingen.
BOOKING Order before Friday at. 12:00 to the tourist information in Kalvåg
tel. 48 14 04 88 or e-mail: touristinformation@bremanger.kommune.no

Practical information
The area is protected and only organized traffic is allowed. You can not bring your dog. 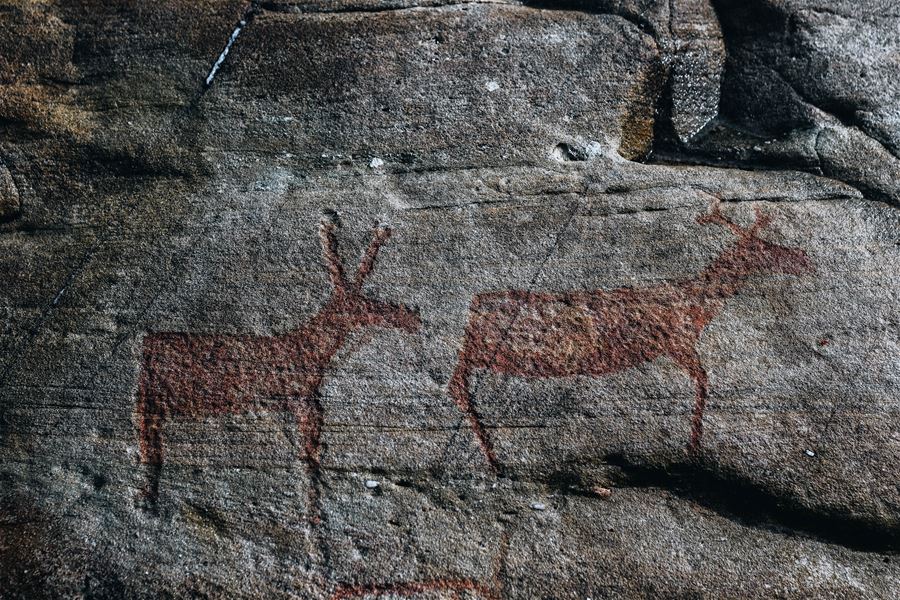 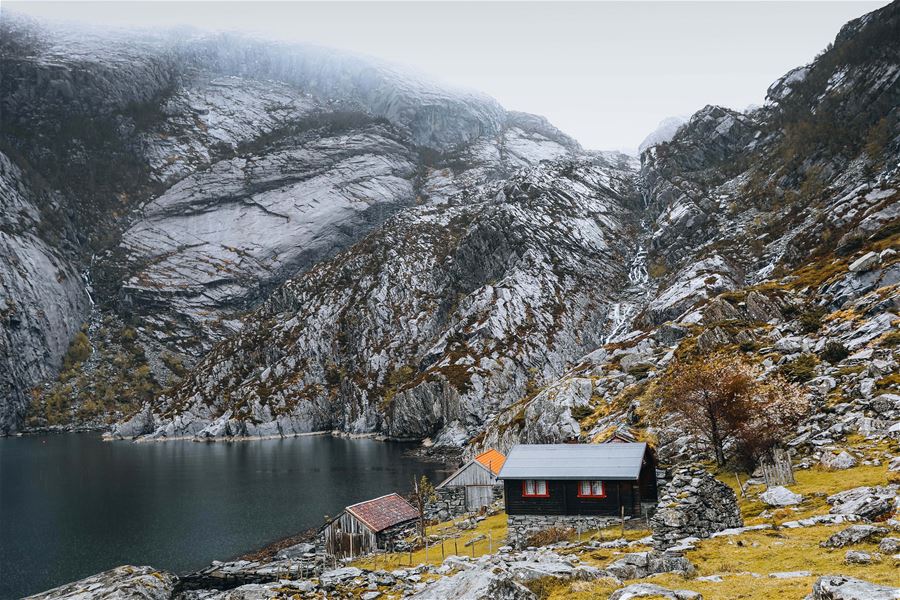 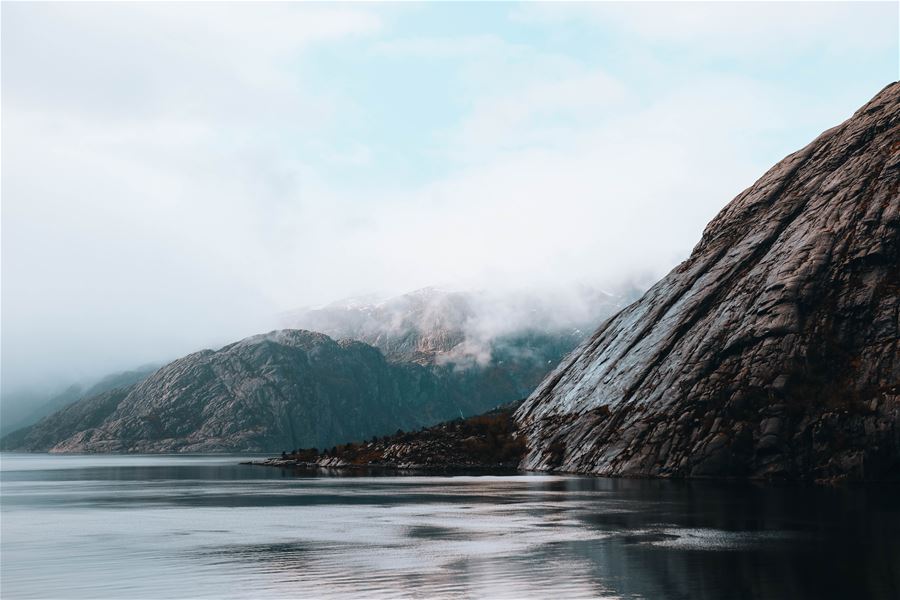 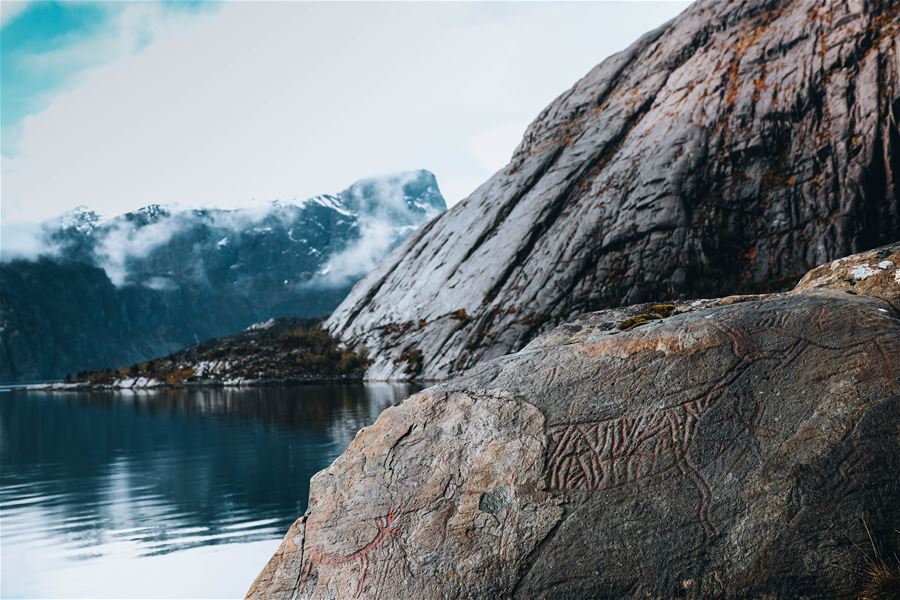