All in one fjord

In Nordfjord, you can experience everything Norway has to offer in one go. Nordfjord offers one of Norway’s most compact and spectacular coast and fjord experiences. You can experience the ocean, fjords, glaciers and mountains – all within 100 km. Nordfjord is an attractive destination for active and inquisitive tourists, who can experience the dramatic landscape at close range, sample its unique culture and meet authentic people and environments. Genuine and rich experiences await within a delimited geographical area. A journey through Nordfjord offers some of the best experiences in Norway. Nordfjord can be symbolised by the Fjord Horse, which originated in this area. It is strong and dogged, plucky and playful, pragmatic and vigorous, with long roots and its gaze fixed on the future – Nordfjord is a charming and rugged type who generously shares his vast treasures.

Nordfjord is a district in Sogn og Fjordane. In the past, most of modern-day Nordfjord belonged to Nordfjord fogderi, which was the northernmost of the three districts in the county. It comprised seven municipalities: Hornindal, Stryn, Eid, Gloppen, Vågsøy, Bremanger and Selje. All of these municipalities, except for Hornindal, have a border on the Nordfjord. Around 30,000 people live and work in Nordfjord. The region extends from the wild ocean’s edge by the coast to the spectacular glaciers at the head of the fjord. The short distances between the municipalities in the region make it possible to commute between them. Nordfjord borders on Møre og Romsdal, which is reflected in its business sector and in the entrepreneurial spirit of the region. There is a strong culture of innovation and entrepreneurship in Nordfjord, and it has an ambitious and varied business sector. The outlook for Nordfjord is positive, and there are many factors that suggest that the region will experience growth in the years to come. Many of these factors are based on the fact that the business sector in Nordfjord is well adapted to the ‘green transition’ and the growth industries of the future. The people of Nordfjord are often called ‘nordfjordingar’ and are often said to speak ‘nordfjording’, although there are distinct differences between the dialects in the region.

The Nordfjord is the northernmost of the three large fjords in Sogn og Fjordane. Its 106 kilometres makes it the sixth longest fjord in Norway. The fjord extends from Husevågøya in the west, to Loen innermost in the fjord. It is this fjord that has given its name to the region, Nordfjord. People have lived along the fjord since the Stone Age, and rock carvings from this period can still be seen. Nordfjord was a strong power centre in Norway during the Viking Age. Visitors can learn more about the region’s history at museums and visitor centres. Nordfjord has traditionally been associated with agriculture, fishing and industry, but it also has strong roots in culture and craftsmanship. It is a very versatile region, which is known for being innovative and modern.

Everything in one fjord

The glaciers, the fjord, the sea and mountains in Nordfjord represent some of the most beautiful scenery in Norway. The glaciers glitter between narrow valleys in the inner reaches of Nordfjord, and Europe’s deepest lake, Hornindalsvatnet, is also found in this area. The fjord is wider in central Nordfjord, with the exception of the dramatic fjord arm, the Hyenfjord. Out on the coast, the fjord meets the sea, and the landscape opens up. Its coastal culture is very special, and the fishing communities have many stories to tell about bygone days. Out to the west, the West Cape plateau towers above the Stadhavet sea.

An eldorado of exciting activities

Nordfjord is a fantastic destination for walks etc., with more than 200 waymarked trails, good maps and varied scenery. Go on a glacier walk on an arm of the Jostedalsbreen glacier, or ski at the legendary summer ski centre, Stryn Sommarski. It’s not far from the innermost reaches of the fjord to Stad, where you can have a go on a surf board and walk in the unique coastal landscape. The fjord, the sea, glittering lakes and rivers make Nordfjord the perfect arena for diving, taking a dip in the sea, boat trips, canoeing and kayaking. River rafting may well be the thing for action lovers, where they are surrounded by raging water on all sides. You can also discover Nordfjord on horseback, in the kingdom of the Fjord Horse. Nordfjord is also great for fishing – in lakes, salmon rivers, the fjord and out at sea. 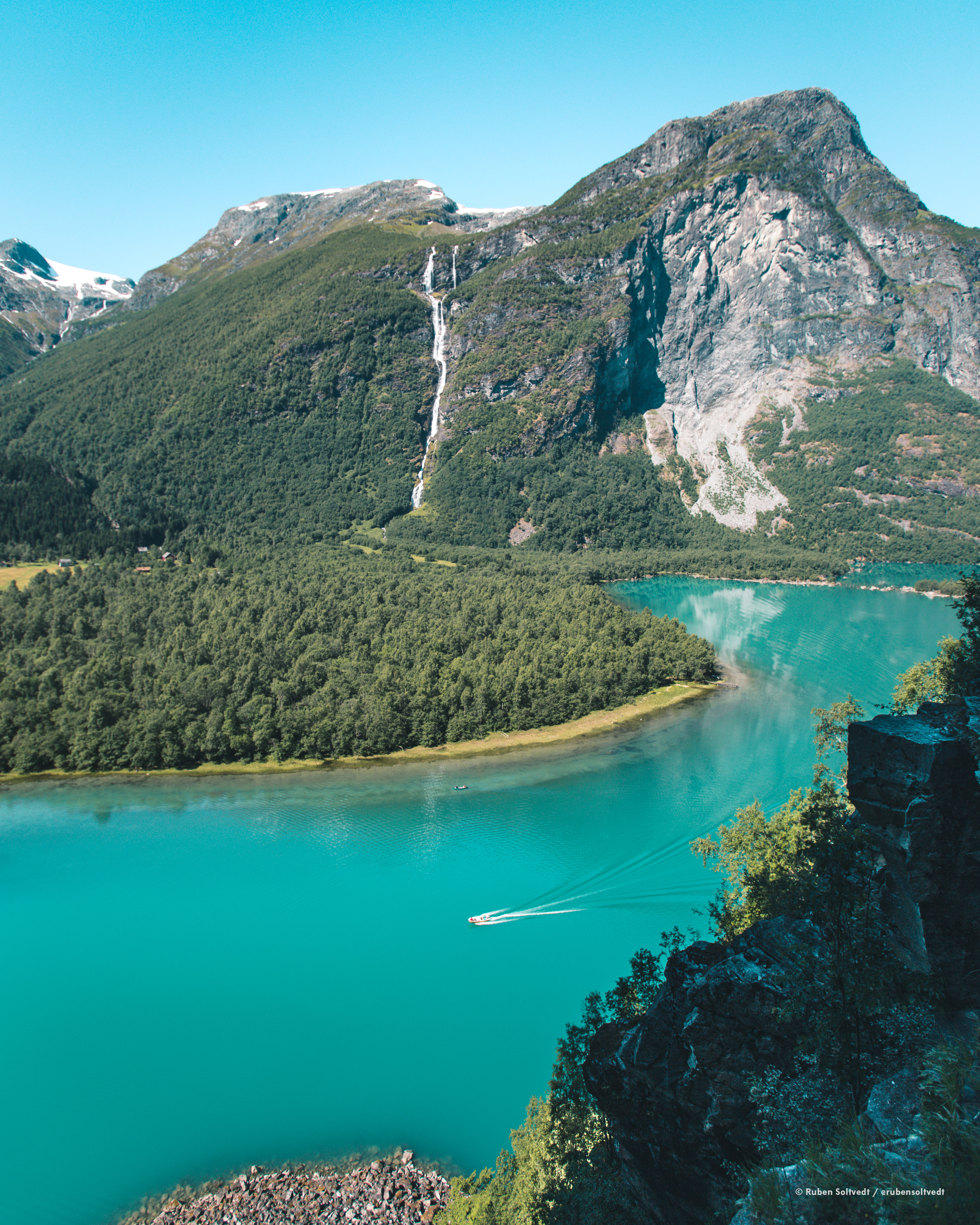