From the Cape of Good Hope to Norway’s Western Cape

Born in 1980 in South Africa, artist Peter-John de Villiers has now found his home at the little village of Stad in the Nordfjord region at the Western Cape of Norway. Surrounded by stunning nature and its forces, it is here he finds the inspiration for his work.

Peter-John de Villiers is an artist known to capture the essence and the brutality of the nature that surrounds us. He treasures what he sees and experience, and celebrates natures diversity and sheer power of always being an everchanging factor in every human’s life.

(Whether he planned it or not, his journey has taken him to the beautiful fjords and mountains of Norway. To Stad, Norway’s Western Cape, all the way from South Africa where he was born in 1980. He first moved here back in 2009 for six months. After spending nearly nine years in the capital with his wife Sunniva Djupedal (originally from Selje), they ventured back to the Western part of Norway in 2018. Now, there is no sign of him giving up the perks of seclusion any time soon.)

There is always that question, what came first? The artist or the landscape? In his case it seems they came together. 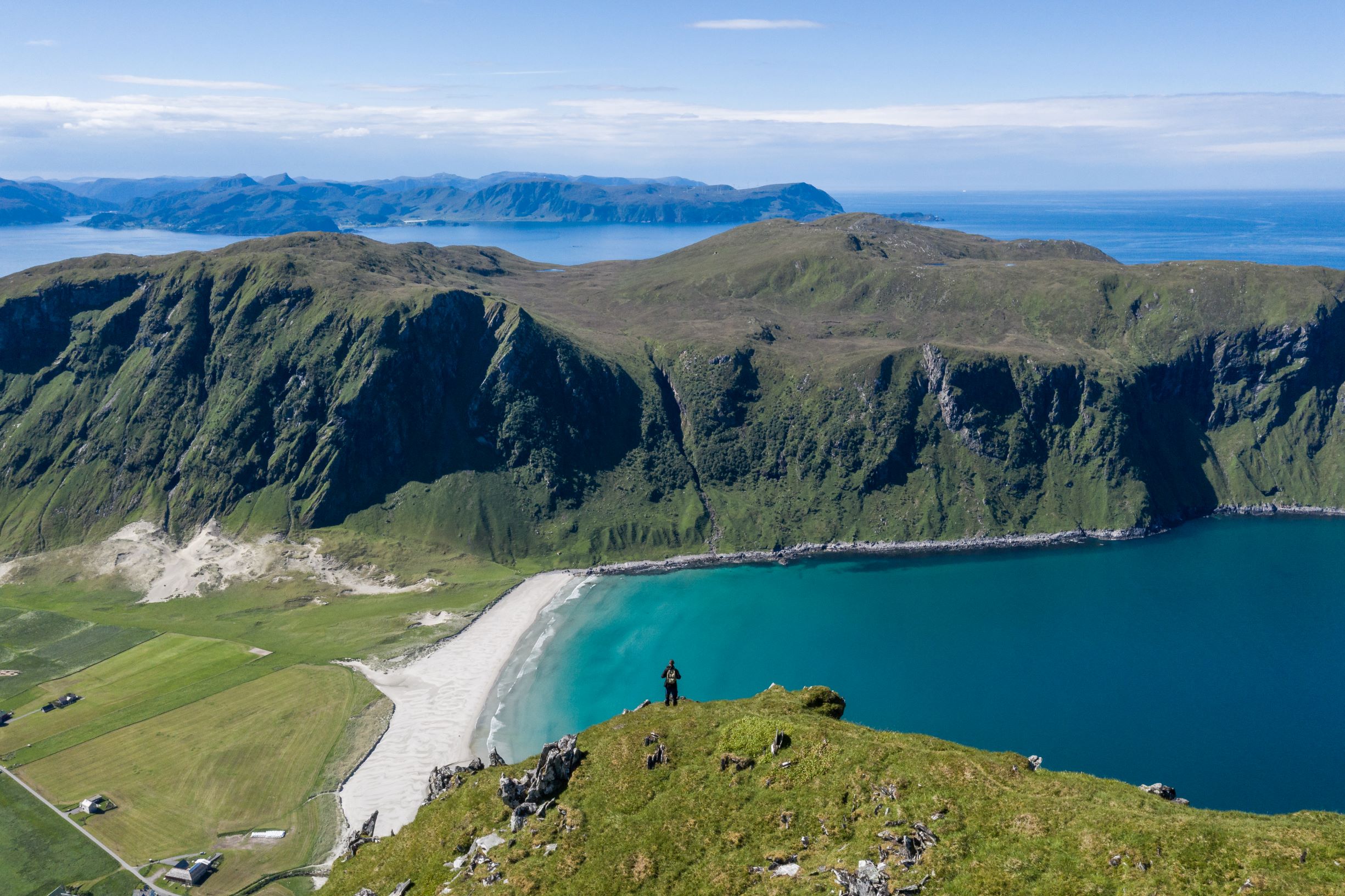 After moving from South Africa, he attended the Ringling School of Art and Design in Sarasota, Florida. In 2003 he graduated with a Bachelor of Fine Arts in Illustration and spiraled here directly into the international art scene. He has since then travelled and exhibited his work all around the world. Wherever he goes, his physical surroundings always seem to follow into his actual pieces. There is no doubt when looking at Peter-Johns creations, the natural world is and always has been a leading influence on his work.

Peter-John has a unique style. Through his choice of pencil and brush, he has through the years become undoubtfully recognizable in the international art scene. His work is shown all over the world, from New York to London, to the Gold Coast and Mexico City, from Oslo to San Francisco. His creations have a way of etching into our minds and connecting our thoughts to a deeper collective. We recognize our environment, our elements and sometimes even our hidden minds in his paintings, drawings and prints.

The artist appreciates the simplicity of things, from his tools to his environment. Nature is his greatest teacher and he thrives on doing everything by his own hands, shying away from digital tools as much as possible. He his however a master of collaborations, and has worked with everything from famous musicians, to snowboarders, to the skating industry. By doing so he has taken his art to the masses and managed to make it known beyond just hanging in a gallery or on a simple wall. In Norway he has collaborated with brands such as Amundsen Brewery, Sørenga Seafood and the Norwegian Trekking Association (DNT) as well as the supermarket chain Rema 1000, Sparebank 1 and the government-owned alcoholic beverage retailer Vinmonopolet.

On an international level, he did, for example, work together with the footwear brand Vans and later created a mural at Mandrake Hotel in London. Other international work collaborations include House of Maiden, Satyricon, Volkswagen, Vectura, Mercedes-Benz and many more. He has also created several pieces of artwork for music legend Santana, who used them for t-shirts and posters. 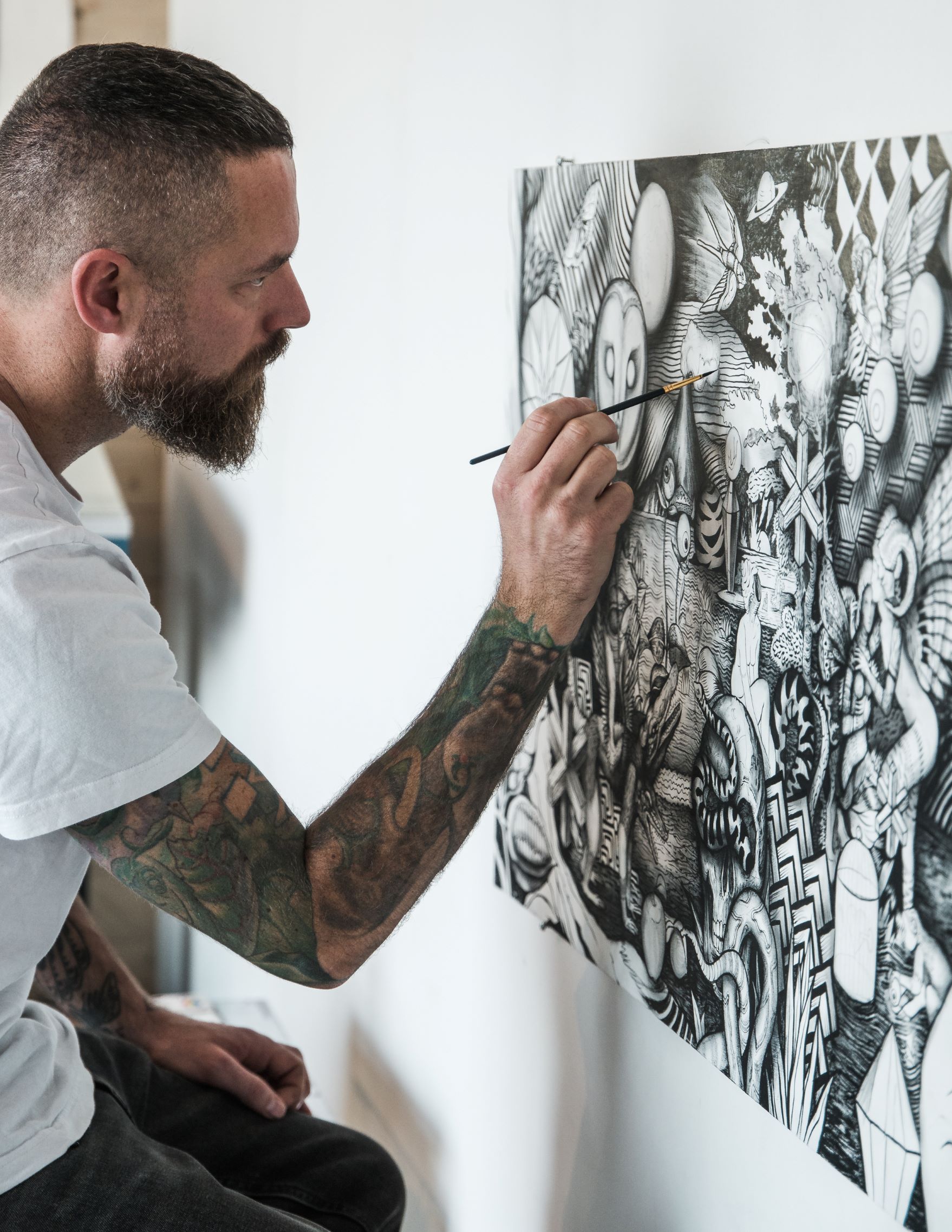 Recently Peter-John freshened up a grey wall with some street art of a surfer in his own new community, in Selje. What the future holds for Peter-John is for him to know. But we do think it’s safe to say that for now he is content surfing away on the shores of Stad, snowboarding in the Norwegian mountains, enjoying being surrounded by beautiful nature and exploring the mind alongside with it. Hopefully producing more art on the way and made available for us as an audience to discover, either in our local communities or on international shores. 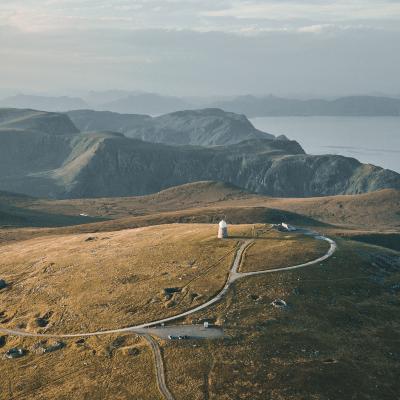 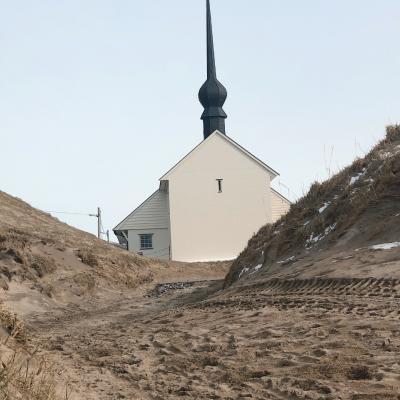 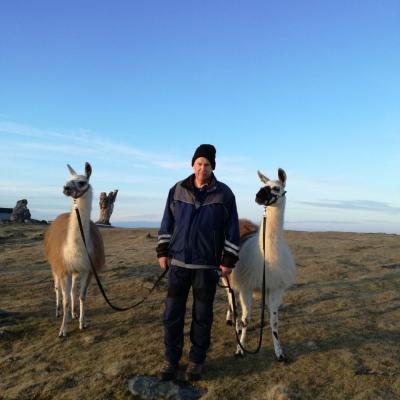 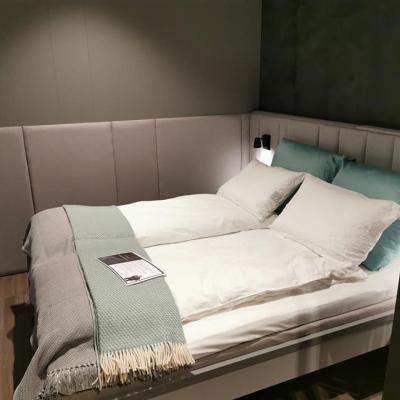 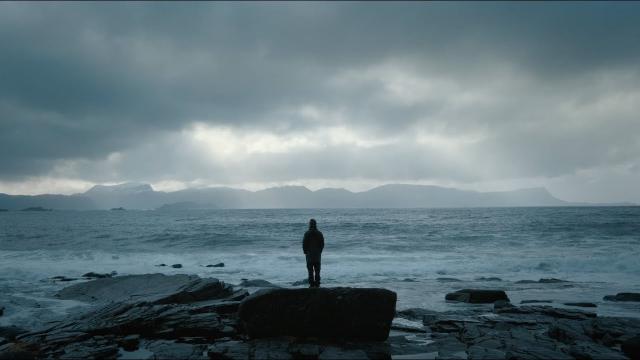